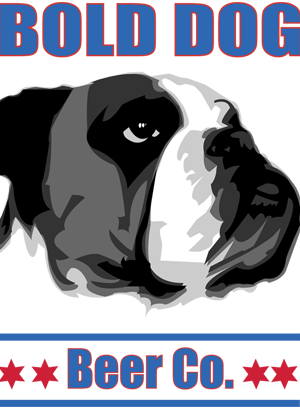 Like all great love stories, Bold Dog Beer Company began with one couple discovering they shared the same passions. In this tail—err, tale—those passions were craft beer and bulldogs. While delving into experimental homebrewing (and spoiling their stubborn, yet faithful bulldog named Beefy), Jerome and Shari realized this hobby could morph into something larger. The Chicago couple jumped at the opportunity in 2015 to work with Lake Effect Brewing to learn the ins and outs of production brewing and selling craft beer.

But like all great love stories, tragedy loomed. During this same time, Jerome and Shari received bad news: They would have to say goodbye to their beloved bulldog. To soften the weight of the loss, they began volunteering as foster parents with the Chicago English Bulldog Rescue. Many of the Bulldogs who shared their home left a place in their hearts and inspired recipes for some of their most successful brews, including Tilly, C-Lo, and Gwen. Their love of these adorable and courageous creatures inspired their brewery name, Bold Dog.

Today, Bold Dog Beer Company focuses on Belgian and American style brews and will expand into German and other experimental styles at their new home at the District Brew Yards.

As for Jerome and Shari, they tied the knot in 2017 and are expecting their first non-fur kid in August 2019. They currently have two Bulldogs in the family. 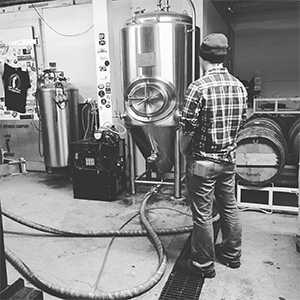 Jerome is from the small town of Kewanee, Il. He grew up there playing sportsball and usually drawing stuff. After his 18th year, he decided to go to Bradley University in Peoria, Il and that’s where his life really started to change. His roommate Jake, started him down the craft beer path by showing him Sam Adams Cherry Wheat tastes a lot different than a Budweiser. It wasn’t until he moved into Chicago in 2011 that his love for craft beer truly took off. Living 3 doors down from one of the highest rated bottle shops in the city. He was trying new beers just about every other day. He was inspired by the beers of some of the alumni of that illustrious bottle shop were making. One day, he sat in on a brew day with some college friends and he was immediately hooked. Years later, after a lot of encouragement from friends and family, he and Shari decided to make Bold Dog Beer Company “a thing”. 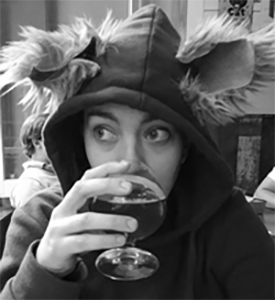 Shari grew up in Massachusetts, eating clam chowder, cheering on the sox and the Pats, saying things like “wicked” and “bubbler”. One time, she visited her sister at college and tried a Keystone Light, then didn’t drink beer again for a while. Then she tried another beer, and it tasted much better, and suddenly, she drank beer again. Her love for craft beer started when her Dad would show off his beer fridge in the basement, and realized those all tasted really good too. Now, instead of ordering a light American lager at bars, she would order any beer that she had never heard of before. She went to college in Northern Kentucky, drank their beer for a while, and then made her way to Chicago, where she met Jerome, who thankfully, also liked craft beer. I guess, as they say, the rest is history! 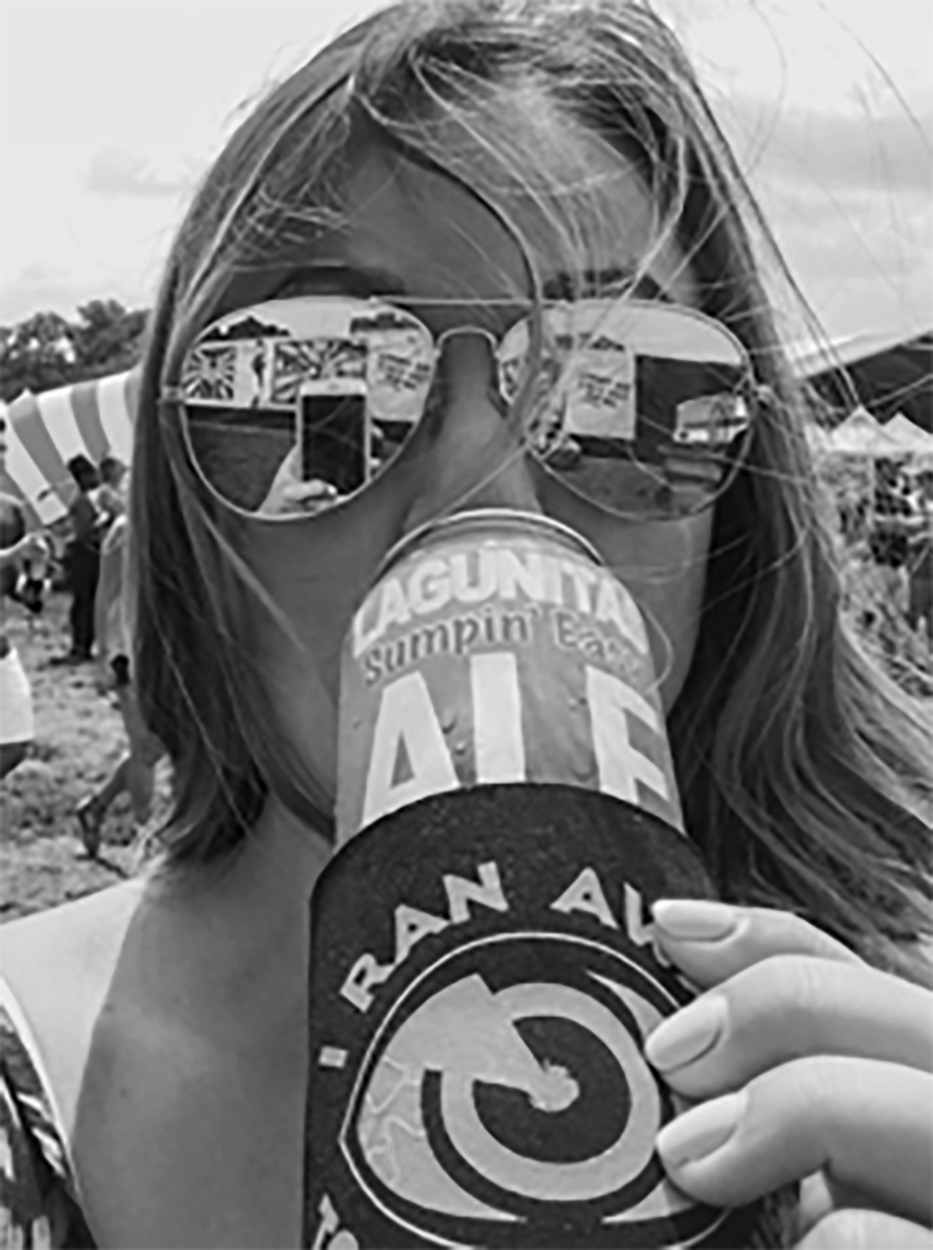 Sarah grew up in Rockford, Illinois, and also attended Bradley University (where she met Jerome, and soon after, Shari). Sarah’s beer journey started similar to most; imbibing in the standard American lager that was friendly on a college student’s wallet. But after she had a Gumballhead at Paul’s Club in Madison, Wisconsin, her beer life was forever changed. She quickly escalated from pale ales to barrel-aged stouts, and the rest is history. Her dream job has always been to design beer labels for a brewery, and look! Here we are! 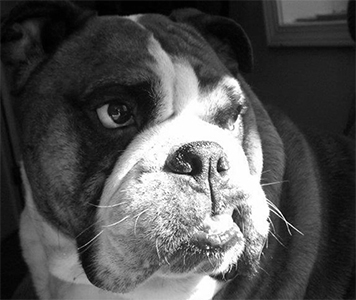 The inspiration behind all of this! Jerome used his first paycheck after graduation to adopt Beefy. They were best buds in good times and bad. Beefy was diagnosed with a cancerous tumor in his lung in March of 2015. He fought as hard as he could but wasn’t able to win. He passed away on April 27, 2015.